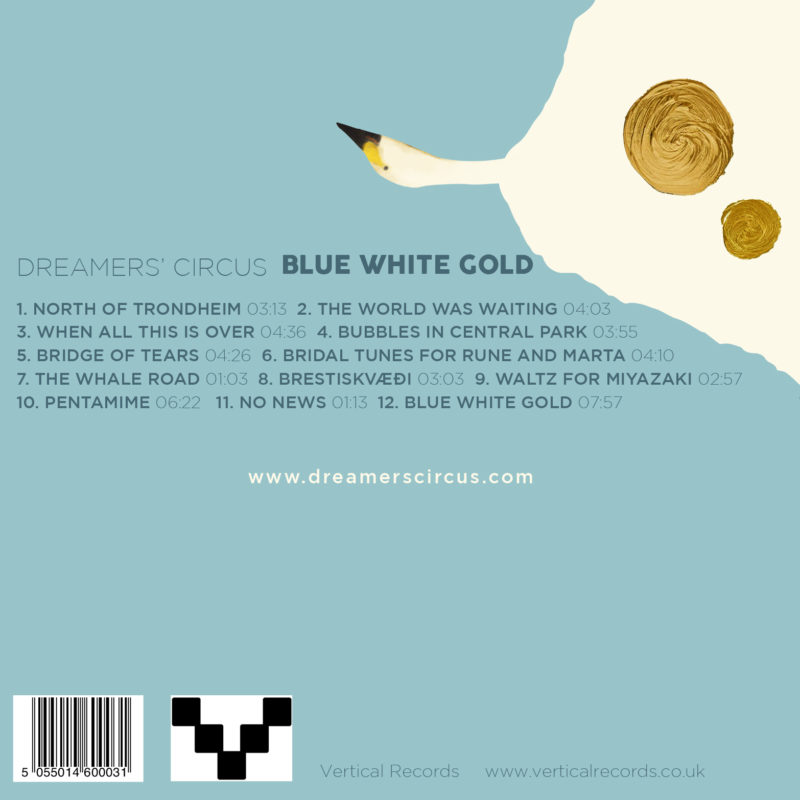 Late one night in 2009 Nikolaj Busk pushed open the door of a bar in Copenhagen and chanced upon fiddle player Rune Tonsgaard Sørensen and cittern player, Ale Carr, playing some traditional tunes. Spotting a piano in the corner of the room Nikolaj joined the pair. Within minutes it became clear that there was an instant musical chemistry happening. Since that first meeting Dreamers’ Circus has toured widely, performing not just in our native Scandinavia but also throughout Europe and in Japan, Australia and North America. More than ten years later the journey goes on for us all.

While we all have various musical backgrounds what unites us is an interest in, and love for, folk and traditional music. Rune grew up in a household where traditional dance and music was important but he also studied classical music and to this day plays as a member of the world-class chamber music ensemble, Danish String Quartet. Nikolaj’s background in jazz is evident in his fluid and melodic playing while Ale hails from a well-known family of traditional musicians and teachers in his native southern Sweden and his rhythmic drive forms the backbone of the band.

We are often asked what kind of music we play. Even if it is music that does not readily lend itself to instant classification, we try and encourage people to view it as something that can transcend genres.  Perhaps it is no bad thing to defy classification now and again.  So while we share a love of folk and traditional music, and play quite a bit of it still, there are strains and influences from so many other music forms in what we do.

One thing the band members share in common is a love of good food. The creative process in music is a little like what a creative chef does to make magic happen at the table. It’s almost an organic development. Taking local ingredients, an understanding of place, origin, and background -then combine that with a desire to make something that is new, challenging and, we hope, wonderful.

In our playing we seek to unlock imaginations and allow the mind to wander to a place where stories unfold. Think of the vivid colors we associate from childhood memories of the Circus. Remember the magic on entering the tent as a child -the way our senses were engaged. The name of the band is no accident. Dreamers’ Circus music strives to invoke a place of freedom, somewhere for our imagination to play in and a space for dreaming.